First of all, I have a new cover art, which is this: 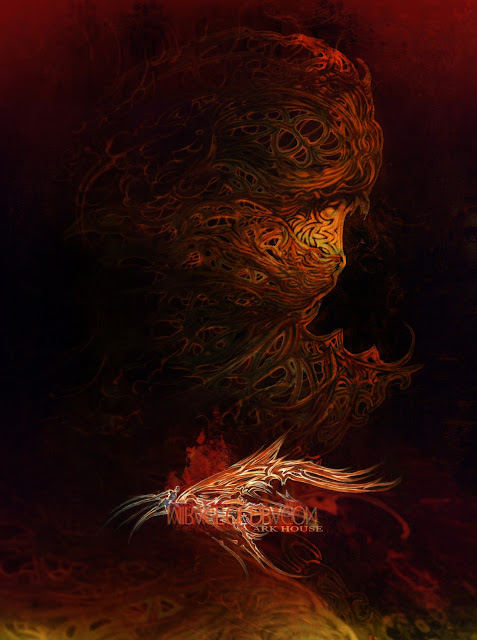 Mirage of Dragon. Second month in development. Probably a good time to start talking, even if there is no one to listen. I’m used to this more than anybody, so it’s OK. Besides, I need to prepare some text for the art book (I love art books).
<[!]>

>Post-apocalyptic fantasy.
I wanted to tell a story about a period in between the so-called “high fantasy” and the so-called “low-fantasy”. A painful period of a dying fairy-tale… The time, when all the magical creatures become extinct naturally – like trilobites and dinosaurs on earth.

Meeting the last elf, fighting the last dragon, finding the last magical weapon… this “last”-ness (if that’s a word) makes everything much more significant and dramatic.

“...most people don’t even believe in these things anymore – just surviving is enough”.

...but of course there is one idiot left who believes. He (or she) is our perfect protagonist, chasing the mirages of the past. Supported by no one, crazy and noble as Don Quixote, saving nobody and changing nothing in his quest. Unwanted and unforgiven hero in the time of cowards and conformists.

This is what the Post-Apocalyptic Fantasy is all about.
It’s about eternal frustration of a man who wasn’t given a chance to save a world from an ultimate evil.
Because of this natural frustration, video games became so popular I believe. Most of us would give everything to have a real 30-second fight with an actual dragon. But no… we are boring people, building some cheesy democracy stuff that never works.

To express this frustration I’ve started working on Mirage of Dragon, a video game set in a post-apocalyptic fantasy world.